Dora the Explorer is soooo totally an illegal immigrant

And now, a little virtual screaming....

Confessions From the Sanctuary

Well, the fast is over and Poker Chick is back on the computer with her belly nice and full. Today Poker Chick was wondering what bizarre thoughts go through people's heads as they deliriously try to stop thinking about food and pay attention to services.* So 'fess up, peeps, and add to her examples. You don't want our girl here thinking she's the only nutso in the world, do you?

And, of course, the question everyone spends the entire Neila service thinking...

How many minutes left???

*In addition to thoughts of introspection, spiritual reckoning and moral resolve to do better, of course!
Posted by Poker Chick at 10:23 PM 3 comments:

We break from our usual shallow programming to generate discussion on a real issue. Poker Chick's friend Emily has joined a massive online effort to create better PR for nursing in light of negative comments such as Bill Maher's recent rant*. Poker Chick commented on the discussion and was requested to copy and post her comment on her own site.

Now anyone who knows Poker Chick would not call her an "activist" for anything, but the man's just plain wrong here and Poker Chick's kinda fed up with all these people making a big deal over something that really shouldn't be an issue. Discretion is great but also not always realistic unless a woman wants to be holed up in a room the way they made women hide in the old days when they were menstruating and therefore "dirty". Maher? Bush? OJ Simpson? Let's talk about some real boobs.

I have never been pro-nursing. I don’t see myself as what I’d always assumed was hippie, crunchy, liberal or anything close. Cynical and vain, that’s me. Nursing didn’t seem to fit. Yet, like a good girl, I tried it because everyone begged me ‘just try it for the first few weeks.’ So I did. And after the mini was born I spent every day in those first few weeks cursing my breasts and vowing it was just one more day until the bottle.

My, how ‘never say never’ is true. At the end, I cried the first time I replaced a feed with a bottle (around six months). I cried when I made the decision to quit entirely (around 9 months). I became one of those ‘exhibitionists’ who nursed in the middle of the day while dining al fresco on Second Avenue. I was eating lunch, why couldn’t my kid? Not to mention, Poker Chick is cheep cheep. And nursing is FREE!!! But mostly, I was shocked by how much my daughter loved it. Man, did that kid want the boob often.

It’s not for everyone and it’s not easy so I never look down on those who choose not to. It’s such a personal choice and there are so many pros and cons to doing it. But damn, baby, don’t go knocking other people’s boobies if they’re successful! They’re doing an amazing thing!!!”

*Fast forward past the 9/11 footage to around 7:30 where the commentary begins.

Email ThisBlogThis!Share to TwitterShare to FacebookShare to Pinterest
Labels: jeopardy

Poker Chick would like to wish all her readers that are members of the tribe a Shana tova v'metukah. (For those who don't know tribe-speak, that translates to a happy and sweet new year.) To all her readers: may you and your family be blessed with much laughter, love and happiness.
Posted by Poker Chick at 5:11 PM No comments:

Poker chick is adding to the pet peeve list something that should have been on there from the get-go: The supposition that having a child waives any and all rights to reproductive privacy, as evidenced with the repeated and unabashed question: "So, do you think you'll have another?"
Posted by Poker Chick at 7:24 PM 1 comment:

Today is the start of fashion week in New York. By now many of you know the importance of fashion to Poker Chick (this should not be surprising, after all, she is rather vain). One of her many talents is "people watching", which is really just a more polite term for "mocking the unfortunate fashion decisions of others". Still, though Poker Chick is a Superhero she is not immune to the occasional fashion pitfalls herself.

Today, she was playing her classic game of "I have nothing in my closet". The rules are simple: put something on, then take it off. Put something else on, then take that off too. Mix the two together, take off something while hopping on one foot, try something else on, pull a random scarf or belt out with your free hand, grab a shoe with your mouth, and repeat several times. The game ends when you find fashion kismet or the buzzer rings. Why even play? You've got to be in it to win it, baby.*

The buzzer came first today. Poker Chick realized as soon as she stepped out of her building that the skirt she had decided to leave on required completely different panties than the ones she was wearing. She was committing a crime commonly known as "VPL". The horror! Those whispers and giggles you thought you heard all day? They were real. Yep, the joke was on her. The stress was enough to deepen her "laugh lines". But wait, there's a cream for that....

Let's all take a minute to pity our poor Superhero. Or, at the very least, have a nice laugh.

*One of the "benefits" of living in New York is trying to play this game each day with success. Put PC next to your Aunt Ida from Topeka in her knit pumpkin sweater, and PC's a champ! On the runway (er, street) that is NYC? Not so much. At the runway (er, office) that is an Ad Agency in NYC? Still, not so much.
**Anyone get the title yet?
Posted by Poker Chick at 7:46 PM No comments:

Well, Labor Day has come and gone and we all know what that means! That's right peeps, the interns are no longer in your neighborhood. Also, Poker Chick was glad to hear she is not the only one with travel horror stories. The airlines managed to piss off a writer at Business Week too.
Posted by Poker Chick at 8:27 PM 1 comment: 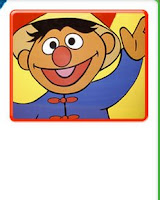 How to make Labor Day fun for your kid and their friends? Sesame Place during the day. Tequila at night. Una mas, Senor! Make that a tequila g'dolah (sorry, couldn't resist)
Posted by Poker Chick at 9:40 AM 1 comment: