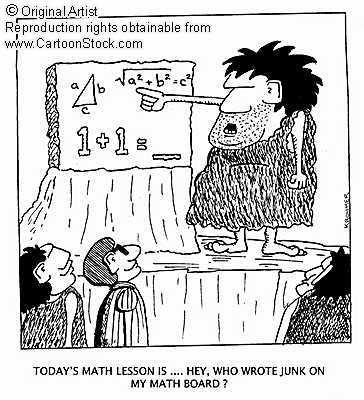 When Poker Chick was pregnant, she loved BabyCenter. Emails once a week, giving her cool little scientific facts, helping her bond with this little thing inside that didn't do anything at the time other than make her throw up. Lots. Then she slowly started realizing its sappiness. The cheesy "life is a gift!" corny posts. Despite growing skepticism, she still looked forward to the emails.

Until she gave birth. Over time, curiosity turned to disillusionment. The emails, instead of telling her neat things she didn't know, changed completely in tonality. Now they were telling her about things she clearly should've known about but didn't (well, that's how she interpreted each one). She read the parent comments and read about all these things moms were doing for their kids, special projects, putting them on the potty as an infant, miraculously cutting a newborns nails without drawing blood. And she felt inadequate and abnormal.

These mothers were clearly all superior to her, or so she thought. Each weak she dreaded the emails, and while she clung to them, desperate for information she was clearly clueless on, they fed into all her insecurities which were only magnified by lack of sleep and a lack of any sort of maternal influence (i.e. any guidance whatsoever). She inhaled parenting books at the time for the same reason, and despite reading 5 different books on the same subject that told you five different things she still thought they were all smarter than she was. It was tearing her apart.

So it came as just as much of a surprise to her as it may to those reading this that one day she suddenly stopped cold turkey. Still insecure, she checked in with the pediatrician on this position:

Poker Chick: "So you're really sure I can forego any and all parenting books, advice, etc. from now until the end of my life? Seriously just trust my instincts and check in with you for when in doubt?"
Him: "Yes. For the fifth time."
Poker Chick: "Have you seen my instincts?"

Anyway. So from that day forward, not only did she shun all parenting advice specifically, she took great pleasure in it. She was scoffing at them, mocking the extra work and worry they put all these parents through. The "I'm better than you!" attitude felt great!! But still, underneath all that, she had doubts that she knew what she was doing.

But then something wonderful happened. She re-discovered parenting magazines. She began reading them and realized they were restoring confidence in her parenting abilities immensely. In fact, she actively seeks them out now and reads them to feel good about herself.

And she highly recommends this form of self-help for other parents, too. Why, you might ask?

Because they're $3.99 of overpaid common sense. For instance, the article on how to eat out with a toddler. It was filled with "tips" such as "order as soon as you sit down" and "bring crayons or something for the child to do".

No sh*t, sherlock. If you haven't figured that out by the third meal with a toddler, then you've got bigger fish to fry. And clearly there a lot of people out there looking for this information. Which, if you follow some kind of weird algebraic theorem Poker Chick is making up at this moment, looks something like the following equation:

First we state that demand for content in parenting magazines is directly driven by modern parental needs:

Demand for content in parenting magazines -> by modern American parents
And, as we have just stated:

It's so true! That's actually what I like about blogs, too -- they help me feel more "normal."