Bill O'Reilly Slams Breastfeeding, So What?

We may be a little behind on the news, yes but we're not behind on your peeps' amazing ability to effect change.

Bill O'Reilly apparently feels that recent benefits to support nursing mothers are a burden to our society.  Sounds like he harbors a not-so-secret resentment to people fighting for nursing mothers' rights.  Who knows, perhaps he even harbors a secret resentment against nursing advocates, blaming these liberal idiots for the beating his portfolio has probably taken over the past few weeks.

We're going to go ahead and take a wild guess that readers of this blog are generally pro-nursing, or at least pro-supporting people who want to.

But sometimes you have to look at things from the other side.

Maybe the guy's got a point?  I mean, why should we make it easier to breastfeed at work, or frankly at all?  Do you really like walking down second avenue and seeing the indecency of exposed skin while some oblivious and thoughtless person feeds their child without even thinking to cover up or go down the stairs to the cramped and smelly bathroom like other people with manners do?

What has happened to us?  How are we supposed to increase our lagging GDP if we are encouraging people to take time away from their work to pump?  Look at all those Scandinavian hillbillies who let their womenfolk take a year off work and support their efforts to nurse.  What do they get for their efforts? Cold and ice! Cold and ice, peeps!!! Is that what you want? A land of cold and ice?

Think about it.  All that time pumping.  That, combined with all that brainwashing hoopla the government is disseminating about preventative health, for goodness sakes - smoke breaks may disappear altogether!  Think about what the tobacco companies do for our economy!  It would be downright irresponsible to let tobacco companies struggle in a time like this.  And the formula companies!  My goodness, formula!  Do you know how expensive formula is?  Women who nurse are not spending hundreds of dollars of formula, which would provide much-needed stimulus for our economy.

We don't want to scare you peeps, but Bill O'Reilly isn't afraid to tell the real truth like it is, even if it ain't pretty.  And we're here to tell you if this women's health nonsense doesn't stop we could become a society of (gasp) socialists!!!  Yes, we said the S word.  Extreme times call for extreme measures, peeps.  We apologize for anyone we may have inadvertently offended.

It's time we took back our society.  Breastfeeding is for wusses.  We need to focus on important issues like jobs for all those unemployed men out there and making guns more accessible to all who want them.  Don't listen to peeps like this guy, whose only agenda is to fuel anti-Fox News propaganda among the common folk.

And definitely, definitely, don't support organizations like this who are going to bankrupt America and spoil our workaholic culture with their agenda for more family friendly corporations.

So, if you were mad at Bill O'Reilly's comments, you might want to look at an issue from all sides, is all we're saying.


*We feel an obligation to point out that the above post was sarcasm, or what may be referred to some as "satire".  Poker Chick does not, in fact, believe that all Scandinavians are hillbillies, nor does she think people who choose to breastfeed are ruining our country.  Just to clear that up.


Posted by Poker Chick at 9:04 AM 3 comments: Links to this post

Today we are honored to have a guest post up at Frosting for the Cause. 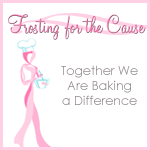 Frosting for the Cause is a cool blog where a different baker every day, 365 days a year, shares their own recipe and story of a woman affected by cancer.  Each woman who posts donates money to her cancer organization of choice and donates the baked goods to a local cancer center/hospice.

While we're usually all about the funny, this kind of thing calls for uncharacteristic optimism.  What we especially like about this is how it shows the power of one small act.  A couple of hours spent baking one afternoon can:

-Make you feel accomplished
-Provide you with quality time with your child (and baking helps with math!)
-The treats will hopefully make at least one person happy
-The money you donate goes to a good cause
-You create new content on not one, but at least two blogs!
-Someone may try your recipe (paying the enjoyment forward)
-Someone may be inspired to donate or bake themselves, helping many other people

See what one little mixing bowl can do!  Imagine the power of 365 bakers!

Please go visit Frosting for the Cause and check out our way-too-long post! A special shout out to our baker friends out there who we hope will consider sharing a recipe of their own.
Posted by Poker Chick at 2:24 PM No comments: Links to this post

5 ways to figure out what kind of phone they have

Ever find yourself frustrated why one friend will text everything, not even picking up the phone when it's in her face, and another friend will only write you back over email?  Even your closest friends you thought you knew so well can completely baffle you with their mobile habits.

Over the past few months, we have developed a foolproof system for figuring out what kind of device that person on the other end is using to call/text/email you.

Their voicemail asks people to leave a return number (land line dinosaur)
Posted by Poker Chick at 9:47 PM 2 comments: Links to this post