According to a recent CNN article, we can post the calories in as many eating establishments as we like,  it's not going to make a lick of difference. 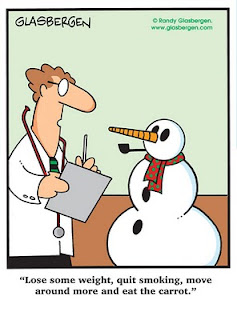 "But Poker Chick", you ask? "You can't possibly mean using guilt as a tactic to remind overweight people how much they're really eating isn't going to bring about a positive change in eating habits?  That we can't heal a nation of obesity with a few easy signs?"

That's exactly what we're saying, as a matter of fact.  Too bad these researchers didn't read this post we wrote in June of 2008.  We'd say "told you so", but that would be smug and immature.  We'll just hope that at the very least, those reading this blog are well-informed enough to understand the concept of moderation.