What did the second day involve? Well, let's get the celeb sightings out of the way - Jamie Foxx, Brad Garrett, a couple of other people whose names escape us at the moment.

The hotel was amazing, and PC discovered the joy of catching up on news while you shower. A whole new world of efficiency! Despite the glass shower door and LCD on the bathroom wall, it doesn't work if you need to hear anything, but this is where the CNN ticker comes in handy.

Other than that, Poker Chick is pleased to say she left up $15 after poker, blackjack, and slots - and this is factoring IN the $220 tournament and rebuy costs. Tournament wise? She made it all the way to the second-final table! OK, so there were only five tables, but still - that's top half! 19th out of 50!! Now before you pooh-pooh this, let's put it in context, peeps. In Atlantic City, on a regular weekend, when you have a lot of irregular players, this would not be notable. Decent, but not notable.

However in Vegas, where the players are better anyway, on the day before the World Series of Poker main event begins, when some of those players were in the same tournament Poker Chick was playing in, it's a significantly more notable accomplishment. In addition, she played limit poker at higher stakes than she's ever played - while tired (rare) - between 2 and 5:30 AM, and still didn't lose. She would have won if she didn't have to get up and run to the airport to make a 7:30AM flight.

She had the joy of time with friends, great food, fabulous drinks, an awesome 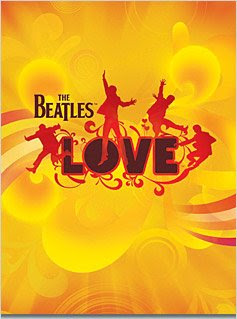 pool, and the trippy Cirque du Soleil LOVE show. Finally, a celebration when a friend won over $1,200 on PENNY slots. Poker Chick won some money at slots herself, the machine was "hot" and "loose diamonds". They were loose, peeps. Loose, we tell you. And hot.

What's on the agenda for the next 24 hours? Picking out dates for next year. With more preplanning, more of you readers can make it!
Posted by Poker Chick at 7:58 PM

you know me: i'll do anything to avoid vegas

1200 bucks. You know my birthday is on the 20th of this month and did I ever mention what a great girl I think your friend is?