Poker Chick desperately needs advice. Dentists are driving her batty with new, unfamiliar territory. You see, Poker Chick has been lucky thus far. Previous run-ins with dentists have all involved "Say ahh..." and the played "you really need to floss every night". As if. So here's the skinny....

After 2+ years the braces finally come off. $8,000 of torture in the name of vain. Finally, straight teeth! Almost done: just whiten and fix the two front teeth that were never fixed right when broken. Right? Yeah, right.

If Poker Chick looked like this, she'd have no problems

Problem 1: Apparently the only way to fix the two front teeth is veneers. PC doesn't know much about this but the consult pictures were pretty and said fancy "smile man" on 5th ave. wants $2,500 a pop. Also, he wants to do 4, not two. This is out of the question, though ortho says it will "look silly with just two". Silly, my ass. If you think it's so silly then you cough up $10k for your friend. Yeah, didn't think so.

Problem 2: Whitening needs to be done 1-2 months before veneers. This means now. Makes sense, until you add $850 for it. Did ortho say it would be "thrown in" at the end when PC balked at the initial cost? Yes, he did. Did either party write it down? Nope. So unless PC wants to spend nearly another G, she needs to open her newly straight mouth. The problem? Guilt. She's spent two to three years seeing ortho once a month, and knows he's been through his own personal hell this year. She raises the issue politely and gets $200 off, but can't bring herself to force it any more.

Problem 3: In comes politics with committed dentist she's been seeing for 10+ years. Dentist is personally offended that PC is not doing whitening and/or veneers with her. Whitening, sure, but she can't do it for $650 or less. Other problem: ortho says whitening should be done by veneer person. Why? PC has no clue. So, you ask, why not have regular dentist do veneers? Don't know. PC feels it may be akin to letting the surgical intern give you a spinal tap vs. asking for the attending. One person does 1-2 a month while the other person does 1-2 a day. Who would you want doing your spinal tap? But the money! Dang, there's that money. PC just does not have that kind of money. Also, said dentist is now PO'd and PC needs to go and pick up x-rays from her in person. What does one say? "Sorry, I'm with you for the small stuff, but going to the big guns for the cosmetics?" Or is PC being silly. After all, just because one dentist screwed up 20 years ago, doesn't mean they all will, right? Should regular dentist just do it all? Perhaps an elephant with his eyes closed could pop a veneer on. Who the hell knows.
Problem 4: Ortho wants to do MORE braces. Yes, you heard right. Invisalign done. Just one more year of wearing a full-time retainer (bleh). However, he thinks he can get them "a lot better" with a few months of true metal mouth. A lot better? Where else can they go? 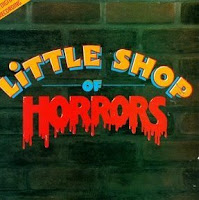 Minuses:
Poker chick has 2 weeks or less to make a decision. If more braces the damn teeth won't be fixed for another year or more. If no braces, then where to whiten? What do we do about the front teeth? Can they be fixed for less than $5k? How do we salvage the original dentist relationship?

Oy vey. This is all enough to make Poker Chick's head spin. If the $13k+ spent on her mouth won't kill her, the stress alone will.

We leave you with a recently obtained quote from PC parent's dentist, circa 20 years ago. "I did the best I could. It's not perfect, but it should hold for about 15 years or so. At that point, she'll be married and her husband can pay for the rest of the work she'll need". Gee, thanks for the legacy, parents.

Kidding aside, opinions and advice needed. Someone needs to make the "Little Shop of Horrors" nightmares stop coming every night.
Posted by Poker Chick at 9:32 PM

I had perfect teeth for thirty years, and now they are being pushed out on the bottom. Apparently, nothing lasts forever. Do the rest of the dental work that comes with the package. Wait on the rest. Seriously, whitening is beautiful but it makes your gums really, really sensitive. Finish the structural stuff completely, then do the other stuff as the cash comes up (like after S goes to college).
Don't worry about your dentist. Not your job to coddle your dentist.