We'll start with food. Sadly, the camera ran out of battery power before we could photograph the dutch apple pie. That's a damn shame. 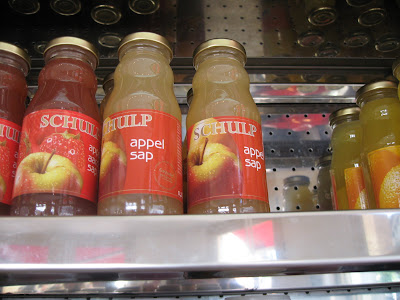 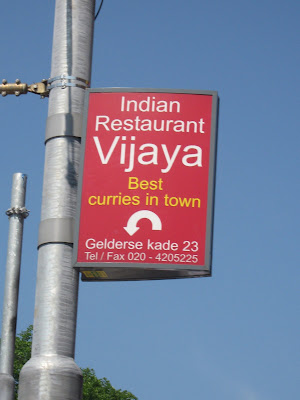 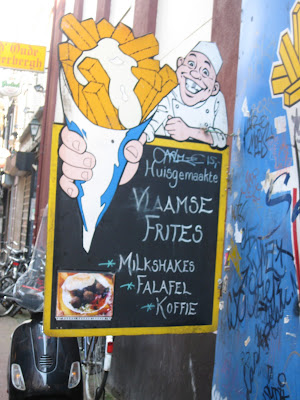 Later are the signs that made Poker Chick laugh out loud, by herself, in public. Embarrassing, yes. But funny! 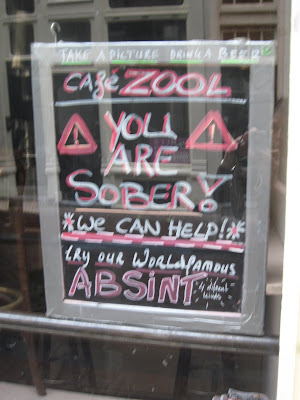 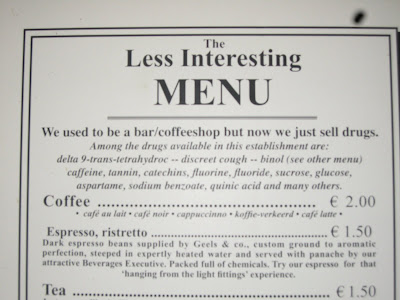 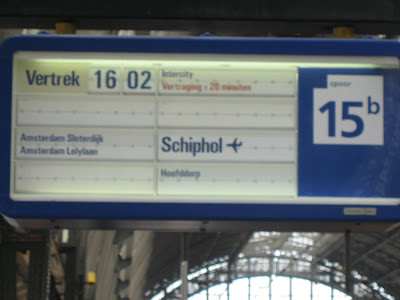 The last sign on this page had Poker Chick sh*tting bricks. It took her a while, but she finally figured out that "vertraag"means "delayed". The "vertraag" ended up being over 25 minutes, which meant yours truly was running like a fiend to make her plane when she finally got to the airport. It might have been easier if they said it was "late" instead. That one would just be "laat".
Posted by Poker Chick at 8:43 PM

WHy is it all I crave these days is juice?